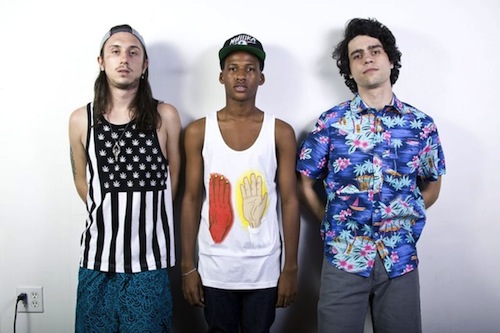 Haleek Maul and featured guest Deniro Farrar are at their most violent on an unforgiving beat by Supreme Cuts.

‘The Dummy’ has less vertigo than the tracks produced by Supreme Cuts for Maul’s Oxyconteen EP. Instead, the duo opts for a clockwork trap beat that allows the rappers to indulge their darker preoccupations.

Haleek shifts between transgressive (“fuckin’ stab that shit til I’m content / voices in my head / paranoid as Hell”) and insolent (“… a myth like a model father-figure”), and Farrar is equally sinister: “I walk around church grounds with Satan and crosses around my neck.”

The track is a cut off Chrome Lips, the Supreme Cuts and Haleek Maul mixtape due out August 21 on Mishka. Download it over at Stereogum.