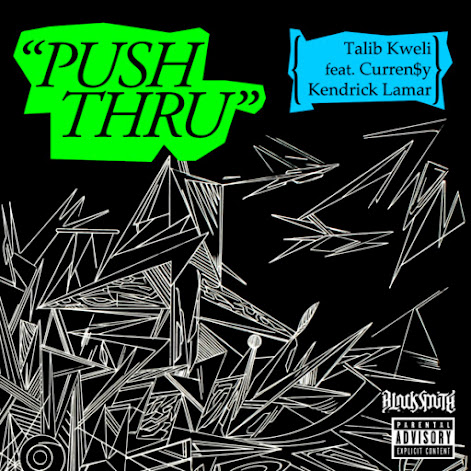 Talib Kweli is joined by young guns Curren$y and Kendrick Lamar on slow-rolling self-affirmation ‘Push Thru.’

A new cut from Kweli’s Prisoner of Conscious (out in October on Blacksmith/EMI), ‘Push Thru’ finds the underground icon passing the torch to the next generation of lyrical rappers. Lamar’s verse is the standout, showing what kids who grew up on both Death Row and Rawkus Records are inclined towards.

While the title of the album is a dig at the pigeonholing Kweli has faced throughout his career, lyrics like “fighting for freedom like the people in Tunisia / spread through Sudan and Egypt / this the music for the movement” – while positive – aren’t doing him any favors.

Stream a proper version of the track on Kweli’s tumblr.