NME report that the Harlem rapper was taken into custody after allegedly participating in a fight  in Manhattan. According to TMZ (not the most measured and objective of observers, admittedly), Rocky got into a dispute with a member of the public. Two people, who may or may not have been paparazzi, began taking photos, which proved the catalyst for a full-scale dust-up.

Both camera users we were treated for cuts and bruises, with one taken to a nearby hospital for treatment. Interestingly, Rocky was apparently arrested on charges of attempted robbery. One witness, evidently fairly quick on the draw, managed to get a shot of Rocky being picked up, which you can view below. 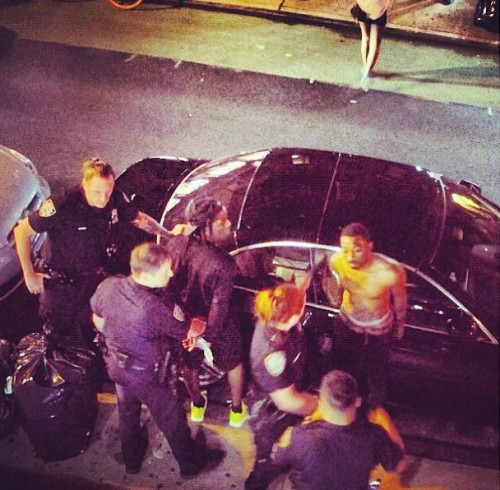