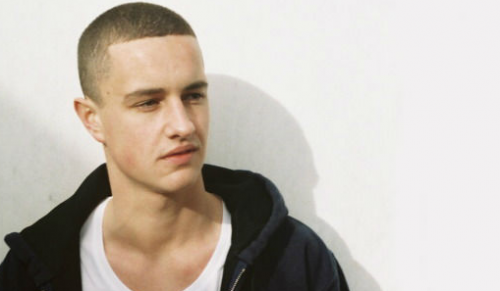 Update: Right on the heels of this mix, Evian Christ has shared a new track entitled ‘FYTS.’ An otherworldly choir dominates the song until the producer’s ethereal hip-hop percussion creeps in from the fog. Download ‘FYTS’ now.

The producer, still riding high from the buzz around his Kings And Them LP for Tri Angle, clearly isn’t short of ambition. The forthcoming RBMA participant has produced the “Duga-three” mix for Dummy‘s ongoing Mix Series, and it’s a carefully wrought, sprawling piece.

As the musician acknowledges, it’s something of a high concept construction, inspired by Cold War intrigue: “Duga-three is a four-part piece of music I wrote after reading about a Soviet signal transmitter of the same name. it was characterised by the repetitive tapping sound it broadcast, which was sufficiently powerful enough to intercept transitions across the world. After 28 years of transmission, the Duga-3 array was abandoned as mysteriously and unexpectedly as it had appeared.” He also chalked up “old Tim Hecker, Kane Ikin, Ezekiel Honig, Wanda Group” as influences, and shouted out Lukid and lo-fi tinkerer 1991. Synthscape fans and OST fiends will find plenty to enjoy.