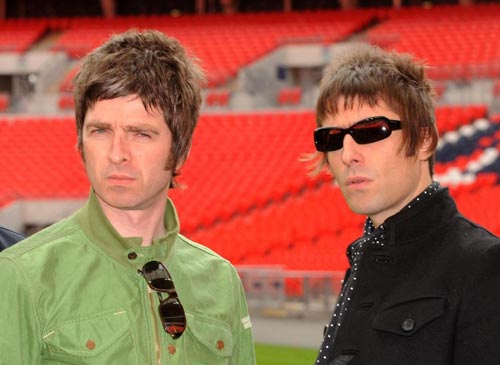 Party like it’s 1996: If the rumors are true, the London Games could close with reunions by both Oasis and the Spice Girls.

Liam Gallagher is already slated to sing ‘Wonderwall’ at the Closing Ceremony (according to NME, from tabloid sources). His band Beady Eye will play a new version of the song, arranged by James Bond composer David Arnold.

But as Spin speculates, will brother Noel be able to stay away from the projected 4 billion strong audience of the Olympic endcap? At the very least, an Oasis reunion would be a finger in the eye to longtime rivals Blur, who will be playing at Hyde Park for a “Best of British” showcase.

A reunited Oasis would have familiar company: The Telegraph reports that the Spice Girls will reunite for a two-song performance at the Closing Ceremony. The pop supergroup will no doubt play ‘Wannabe,’ with Geri “Ginger Spice” Halliwell expected to don her Union Jack dress.