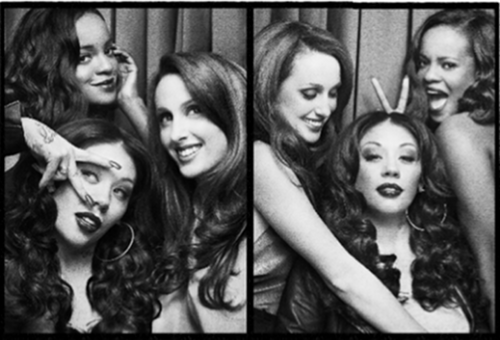 Folks may sneer, but, for an all-too-brief window, Sugababes were one of the UK’s most interesting pop groups.

The trio (made up of Keisha Buchanan, Mutya Buena and Siobhan Donaghy) rocketed to attention in 2000 with classy debut single ‘Overload’, and won critical acclaim for their diverse, sultry debut One Touch. Following the departure of Donaghy, the group released the Richard X-helmed ‘Freak Like Me’ in 2002. Apart from the occasional outlier (‘Easy’, ‘About You Now’), it’s mostly been a case of diminishing returns ever since; their original quirkiness was excised from the singles, and numerous line-up changes left the group gutted of all its original members.

After months of rumours, MTV UK now report that the original Sugababes are reuniting. Considering that the Stepford Wives version of the band is still active, the trio are forbidden from using their original name – they’ll now go under the chape’n’cheerful moniker Mutya Keisha Siobhan. An album is due later this year.