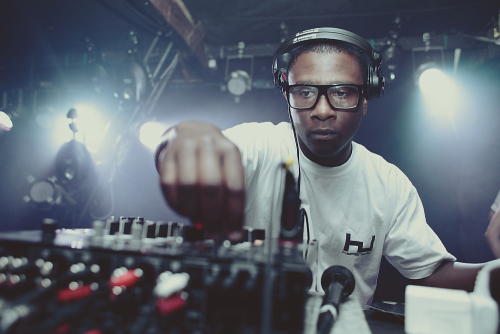 Portico Quartet, one of the biggest jazz crossover acts of the new millennium, have been remixed by Hypedub larker Scratcha DVA.

On the surface, the two acts are linked by Swedish singer Cornelia, who featured on both DVA’s Pretty Ugly and the band’s self-titled 2012 album. More deeply, both have a shared interest in spacey, bassy sonics, and DVA’s mix builds on their common ground.

DVA’s version is some way removed from the brittle funk and digitally enhanced neo-soul that made up the bulk of Pretty Ugly. In this incarnation, ‘Lacker Boo’ actually doesn’t sound a million miles away from Monolake; yes, it’s scruffier than anything Henke’s put his name to, but DVA’s forensic atmospherics and icy bass wobble are definitely cut from the same meticulously-wrought cloth.

DVA had previously spoken to Clash about the Portico Quartet’s music: “It’s amazing. I can feel that – I went to see them at some jazz festival thing. I thought: this is going to be so boring!”…But sitting there, it was amazing. I thought, these guys are sick! Doing all different time signatures, I love that”.