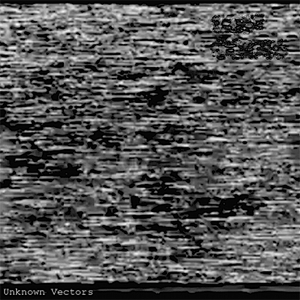 If you want a summary only marginally briefer than the intense 17-and-a-half minutes that is Sd Laika’s Unknown Vectors, imagine Actress and Patten making grime and you’re pretty much there. With the anarchic Actress of ‘Bassline FM’ and ‘Git It’ being rarer these days, it is encouraging to hear another artist exploring the same sly, tweaky, boggle-brained approach to unapologetically nasty dancefloor music.

‘Creepy Crawling’ follows with a Patten-like use of harsh textures, a falling motif voiced by something similar to whirring cogs. A ponderous, lumbering, rave bass sets the off-kilter pulse throughout the entire track, collapsing metallic melodies, comically low-pitched vocals and lavish gun-cocking. Sd Laika yokes all this to a loose beat; the results are a maelstrom that switches suddenly between thicknesses and constantly varied activity.

‘Tropic of Cancer’ is again Patten-like in its choice of buzzy, quite extreme lead melody, a triple-time, reedy, buzzsaw affair. It could probably have benefitted without this: it’s pretty tiring, whereas the madly gurning wobble bass is totally entertaining. Close-cousin ‘Tropic of Capricorn’, however, does a better job with the same harsh voice alternating between mid- and high-registers around its 12/8 bob.

Label boss Visionist contributes an additional remix of ‘Spaceman Piff’ to the record, giving a satisfyingly strange, Murlo-esque carnival bounce to its Eski-sounds; elsewhere,  Zomby-like arpeggiations can be heard cranking up an Egyptian-electro harmonic progression.

While it definitely channels the business end of stripped back grime, the amount of FX and processing employed by Sd Laika probably won’t be to everyone’s taste. However – Actress and Patten references aside – fans of Becoming Real, Hawerchuk, the early Grim Dubs of Werk Discs and, in all likelihood, zombie-themed computer games should definitely take a listen. There is some great stuff in Unknown Vector’s brevity.