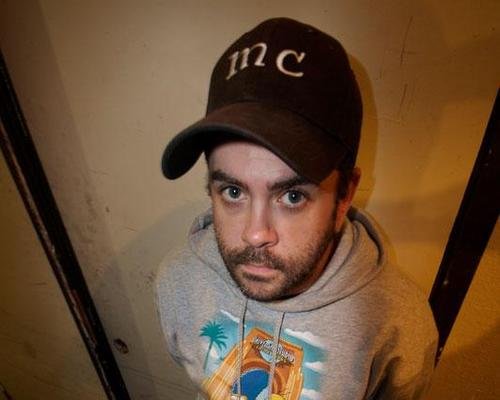 Remember the DJ shooting a dancer dead for making requests? This isn’t quite that, but it’s still pretty harsh treatment.

Ignoring for a moment the fact that people who Tweet throughout concerts are really annoying, it’s fair game. Taylor explained later that he “didn’t think his delivery was good and his beats were mostly sampled from others songs and music (from games, anime and whatnot.) I didn’t like any of it, so I went on Twitter.” The next thing he knew, his name was being called from the stage. By MC Chris.

“I heard the crowd [go] nuts and mc chris started talking”, Taylor continues, “and I heard him ask for my real name. My friend and I looked at each other confused and heard him ask for it again. I got up, walked back onto the floor and raised my hand. He then pointed at me and yelled, “Security is going to take you the fuck out now! That’s what you get for talking shit on Twitter!””

MC Chris has since given a tearful apology on YouTube, which kind of makes the whole thing weirder and lamer. It actually gets hard to watch by the end, but if you’re into people crying on camera then it’s embedded below [via FACT’s Laurent Fintoni, via Music Week]. And leave Britney alone.