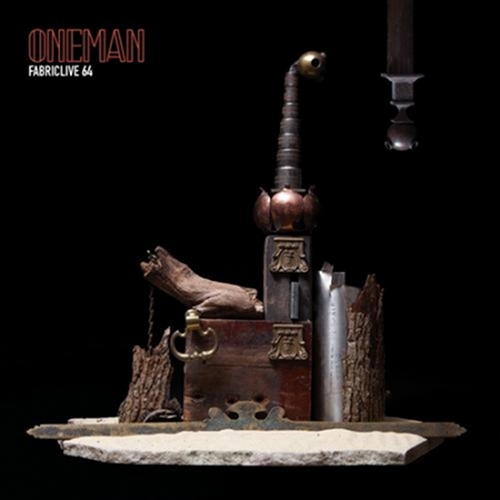 Steve Bishop’s dexterity behind the decks is absolutely beyond dispute. His ability to hybridise garage, dubstep, crossover house and broken beat continues to boggle the mind, and there’s something of the historian in his ability to trace subterranean links or points of contact between seemingly divergent genres. A long overdue candidate for the Fabric series, then – and, on the basis of the disc, a damn effective one too.

FabricLive 64 is a riot, albeit one that sometimes feels more like a primer than a thorough investigation: Mark Pritchard’s ‘?’, the numerous Joy O cuts, and, of course, Burial’s ‘Etched Headplate’ are all notable for their familiarity. Some very well known tracks – Bassment Jaxx’s ‘Red Alert’, Girl Unit’s ‘Wut’ – also get the remix treatment. Still, what with Pearson Sound, Boddika and Thefft up in the mix, there’s plenty of rich pickings and obscure nuggets.

Oneman’s own blurb for the record is revealing: “I wanted the mix to primarily be a representation of what I would typically play at fabric in current terms, so bearing that in mind I decided to draw on a lot of new house crossover stuff. The beginning of the mix is kind of a throwback to 2010, where I felt this UK Funky sound really started developing into another darker strand of UK dance music. The rest is really a mix of 128-134bpm music through the years; there’s some old Locked On garage classics in there too… I never really think out these things too much, it just has to make sense when I listen back to it.”

FabricLive 64 is out now.