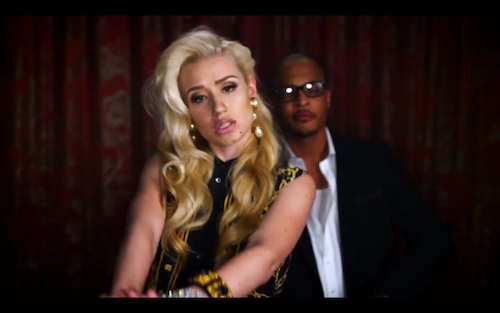 When Iggy Azalea rapped “in the club with bad bitches” during the chorus of ‘Murda Bizness,’ it’s doubtful she was talking about the toddlers in tiaras featured in the song’s video. Confounding expectations, Iggy turns the idea of hustle rap on its head, opting for a hilarious take on the pageant scene. Maybe the former model was once a pageant queen as well?

Not only are the pageant kids an unusual sight, but Iggy pours Pixy Stix like the “coca lines” in the song’s lyrics, and T.I. shows up as a Cosby-sweatered father figure. Produced by Bei Maejor, the finger-snapping ‘Murda Bizness’ is the lead single on Iggy Azalea’s Grand Hustle debut The New Classic, due out this fall.