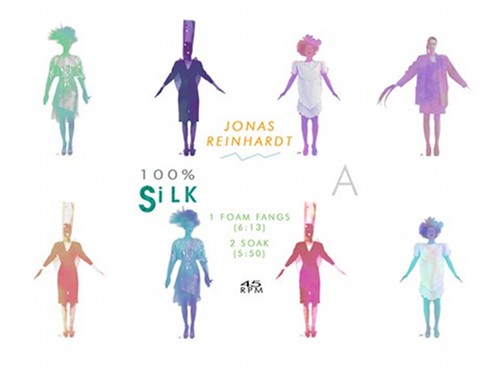 Space adventurer Jonas Reinhardt – or, to waft aside the mystique for a moment, San Fran resident Jesse Reiner – has a new release on the way for 100% Silk.

Reinhardt’s analogue explorations, which tend to favour kosmiche over kitsch, have already had some pretty illustrious backers, with Kranky releasing 2008’s self-titled debut album and 2010’s Powers Of Audition. 100% Silk sister label Not Not Fun took charge on last year’s Music For The Tactile Dome, and Reinhardt has now made the lateral step onto the label’s dancier wing.

The Foam Fangs EP promises a more explicit club influence that Reinhardt’s previous work, with house and disco beats set to feature heavily. A remix of the title track from fellow SFite Beat Broker is also included, and can be streamed below.

Foam Fangs is due on July 31 as a download, and will arrive on 12″ vinyl next month. [via Playground]