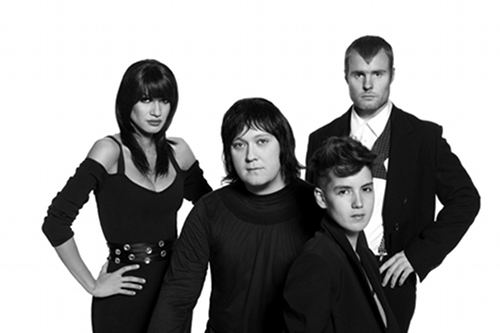 Antony Hegarty’s Meltdown Festival is already stuffed with curiosities, and there’s now another coup to add into the mix.

The Southbank Centre will welcome Hercules & Love Affair for a live performance on August 6. Interesting enough: Andy Butler’s disco/house revivalists certainly know how to put on a show. There is, however, a welcome twist. In a neat bit of programming, Antony will join them on stage to perform 2008 signature track ‘Blind’. The show will mark the first time that both acts have performed the song together live.

The band will also be joined by Queen Of Denmark singer/songwriter John Grant, who will contribute vocals to unheard track  ‘I Try To Talk To You’. The song is taken from the band’s forthcoming album, slated for release in early 2013; a version of the track will be released for download on the same day.

Other highlights on the Meltdown bill include William Basinski performing The Disintegration Loops, Elizabeth Fraser‘s first live show in 15 years, and an appearance from Laurie Anderson. Meltdown takes place from August 1-12 at London’s Southbank Centre; further information is available from the Southbank Centre website.