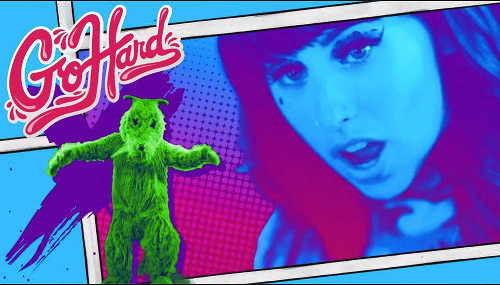 Say what you will about Kreayshawn, but she’s made some weird, weird music in the past.

Yes, the pint-sized rapper can be a bit annoying, and she’s not a good “technical” rapper (whatever that means in 2012 – it’s not like Kanye West’s one either), but it’s not often you get someone with her profile releasing music as odd as this, or this. Which makes it all the more of a shame that ‘Go Hard (La.La.La.)’, with its oh-so-naughty intro and beat that sounds like a traffic jam leaving Las Vegas, is such a lame, predictable bid for radio play – especially when the infinitely grittier and cleverer ‘Gucci Gucci’ got plenty of that just fine. Kreayshawn’s debut album is expected later this year.