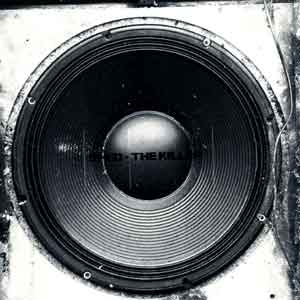 For Rene Pawlowitz’s third full-length album, The Traveller becomes The Killer. As a metaphor it suggests a certain narrative arc: from the roving itinerant, living for the thrill of discovery, to the professional executioner, deploying familiar tools to a tightly defined end. The shift is matched by a more concrete transition, from hallowed Berghain imprint Ostgut Ton to Modeselektor’s 50 Weapons label – a step onto a far more exposed platform where, no doubt, a lethal clarity of intent will come in handy.

Released back in 2010, The Traveller was an arresting combination of skeletal dubstep, gutted broken beat and lush techno verdure, serving to crystallise the activities running along a certain London-Berlin axis whilst simultaneously putting most of the competition to shame. Pawlowitz has many names and faces, but his best music tends to display incredible poise, balanced on a knife edge between skin-tingling bliss and a clinically precise form of sonic violence. The impression left after listening to The Traveller was, improbably perhaps, one of being uplifted: not only by those twinkling clouds of synth, but by the dazzling array of possibilities left trailing in its wake.

So, how does The Killer match up to the towering achievements of its predecessor? Frankly, not all that well. While Pawlowitz’s various white label runs and anonymous side projects have seen him questing out in new directions over the past two years, opener ‘STP3/The Killer’ – a chuntering industrial rhythm gradually superceded by hazy, pearlescent pads – immediately suggests that we’re in all-too-familiar sonic territory. Throughout the album, it’s difficult to shake the sense that we’re hearing a second attempt at the same alchemical formula – the same components, balanced in the same ratios and subjected to the same processes. As Pawlowitz, restless innovator that he is, ought to be aware, the cross-generic syncretism that felt so fresh in 2010 – juxtaposing lumbering broken-beat rollers with remorseless warehouse techno and delicate beatless interludes – feels just a bit obvious in 2012 (see the sequence of ‘Silent Witness’, ‘I Come By Night’ and ‘Gas Up’).

There are moments of promise: ‘Day After’ is animated by a stepper’s rhythm with the dystopic throb of techno at its heart, ponderous yet terrifyingly precise, zeroing in on the juddering grain of its percussive elements before zooming out to take in the larger textural arcs of those spacey synth pads. But still, it’s as the echo of a tried-and-true formula that this music functions, a deferral to an idealised blueprint whose potential has already been thoroughly explored.

Speaking in purely technical terms, this album is as proficient as any contemporary techno you’d care to name. Pawlowitz’s handling of the infinitesimal transition is, of course, masterful throughout – elements spiral in and out of the foreground, plateaus of intensity are perfectly judged for the ecstatic slow-release of the floor – but, for the most part, Shed connoisseurs (and there are many) will be left with a crushing sense of the inevitable. It’s telling that ‘V10MF!/The Filler’, perhaps the most strikingly un-Shed thing here, is best described as a slightly wooden nod towards UK garage – more a concession to the reality of others than an exploration of the parallel dimension occupied by Pawlowitz’s best productions. Closer ‘Follow The Leader’ is beautifully pensive, its piano line and soft, flute-like pads hovering in heavy-lidded, post-rave stasis; but it’s a trick already pulled on The Traveller, and with greater flair.

The fact is, what we’re presented with here isn’t filler exactly, but it’s certainly not killer either. It’s not like Pawlowitz is a producer past his prime; to give one example, his recent remix of Joy Orbison’s ‘Ellipsis’ made the original – and, to be honest, most house and techno released in the last few months – look like the daubings of an amateur. But for this release, The Threatener might have been a more apt title: waving those fearsome production chops around, but never quite going in for the jugular.