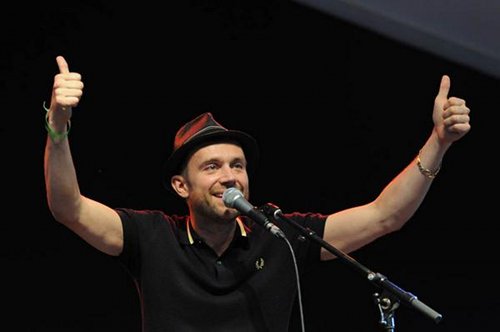 This year’s merry band is as eclectic as ever, with grime’s resident pretty boy Kano and glam-goth chanteuse Charli XCX both saddling up for the ride. Amadou And Mariam, Noisettes, Bombay Bicycle Club’s Jack Steadman, Fatoumata Diawara, Baloji, Rokia Traoré and Jupiter & Okwess International will also all feature.

Taking a leaf out of Skrillex/Diplo/Grimes’ book, the tour is set to proceed across the UK by train. The jaunt will include “pop-up performances at railway stations, schools, factories, offices, shopping centers, and homes”. The ensemble will also produce new material together as they go. Tour dates are below