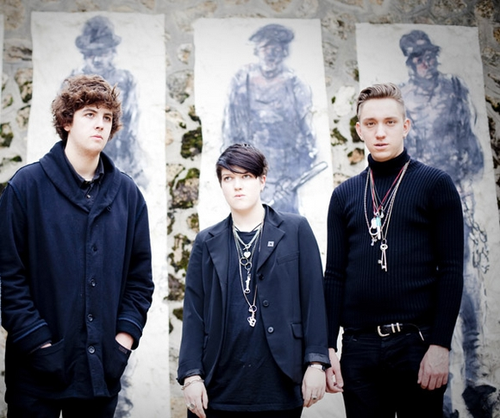 ‘Angels’, the sepulchral new cut from low-wattage megastars The xx, has been given its television premiere.

The band appeared on last night’s episode of Conan. Given their minimal set-up, The xx transpose their distinctive atmospherics onto the live stage with relative ease. Pealing guitar lines, reverb aplenty and, gasp, real percussion from Jamie xx are all on display, and Romy Madley Croft’s come-hither croon is delightfully gentle. Cast your eyes below to watch. [via Fake Walls]