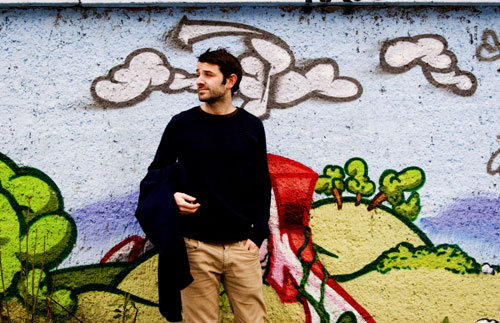 De la Plante has been churning out bleepy, cheerful house and techno since the start of the last decade. 2008’s As High As The Sky LP for Wagon Repair, stuffed as it was with disco inflections and good-time sentiments, remains his definitive statement, He’s also a sometime member of live techno combo Cobblestone Jazz, and has frequently collaborated with Mathew Jonson. De la Plante is now set to launch a new label, to be distributed through Kompakt.

The imprint is titled Maybe Tomorrow, and is co-helmed by Kompakt’s Jon Berry. In contrast to, say, Sensate Focus, the label doesn’t appear to have the sort of firm rubric: the objective is simply to “make records and release a whole bunch of music that wants to come out”, without any “grand plans” to guide proceedings. The label’s name is taken from the theme to Canadian kids TV institution The Littlest Hobo, which isn’t something you can say about Stroboscopic Artefacts.

Maybe Tomorrow will kick off operations with a new six-track EP from de la Plante, titled If I Had A Nickel. The   title track – a perky set of twisty modular house – is available to stream below in full.

If I Had  A Nickel is due on September 3. [via Resident Advisor]