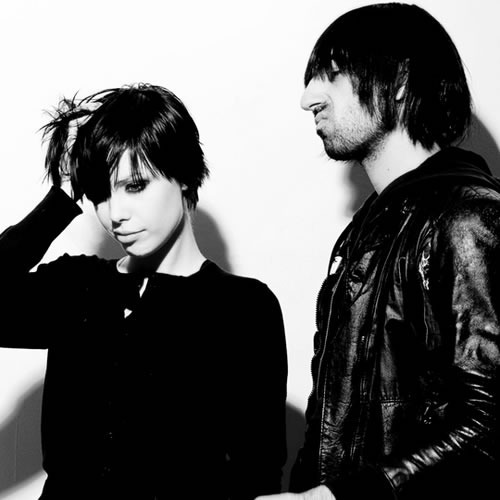 In an interview with this week’s NME, the duo of vocalist Alice Glass and producer Ethan Kath confirm that the tracks are currently being mixed in London, having recorded them in Warsaw, Poland earlier this year (Kath had previously claimed that the pair would be recording in Croatia – but it’s hardly a million miles between the two). The follow-up to 2010’s Crystal Castles (yes, their debut album was also called that), Glass claims that “There’s lots of themes [to the album] but feeling, like, oppressed… A lot of things not personally happening to us, since the past record, but people we know kind of profoundly influenced everything.”

“Like, I didn’t think I could lose faith in humanity any more than I already had, but after witnessing some things, it just… the world is a dystopia. I’m one step away from being a vigilante. I’ve thought about it”. Light-hearted as ever, then.

Crystal Castles released a new track for free download on their Soundcloud yesterday, the thumping ‘Plague’. You can grab that below.