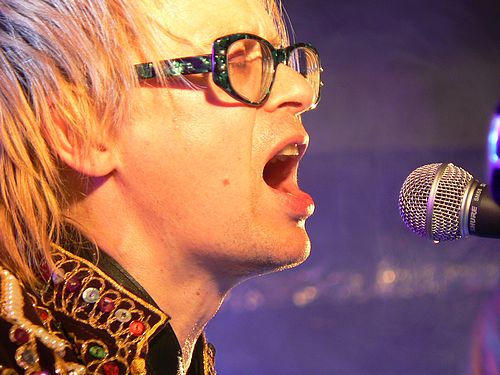 The Finn has long done a nifty job of spanning the gap between live jazz and studio electronics, clocking up releases for the likes of Warp Records and homegrown imprint Sähkö Recordings. His earliest recordings date back to the mid Eighties, when he produced experimental rock with Jimi Tenor & His Shamans. The skittering Intervision (1997) and dreamy Organism (1999) both built his reputation as freewheeling musical nomad, and he’s hewed closed and closer to Afrobeat in the intervening years. Ever the inspired chameleon, he’s even popped up on Oneman’s 502 Recordings (the ‘Time Birds’ 12″ with Desto and Clouds).

New album Mystery Of Aether is a collaborative effort with Berlin afrobeat ensemble Kabu Kabu, recorded in Berlin’s Lovelite studio. The record promises to be something of a homage to Sun Ra, endeavouring to combine “the Arkestra’s galactic space-walks” with “taut afro-Cuban work-outs”. The press release also features some brilliantly diffident pull quotes from Tenor: “I just went into the forest and chopped down a big branch. I carved it myself, like one of those alpine horns or something”.

Kindred Spirits will issue Mystery Of Aether on August 15. [via Juno Plus]