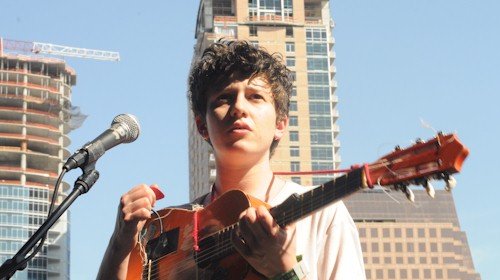 Micachu, it seems, takes a similarly contrarian approach to promotion as she does to composition.

Micachu And The Shapes have just released their excellent Never LP, a delightful scrimmage of mangled pop hooks and eccentric post-punk. Rather than recording a brace of videos and meting them out over a few months, Michachu and co. have simultaneously released videos for all of the album’s 15 tracks.

The clips are all cut from the same cloth, and feature the band apparently stuck inside a point’n’click room escape game. Highlights from the series include a cameo appearance from a dog, an awkward house party, and a nightmarish dream interlude. The results come off like a particularly spendthrift version of the Biophilia promo drive, and are well worth an hour of your time. [via Playground].