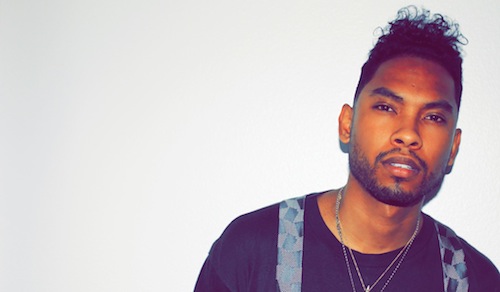 Hear the first songs off Miguel’s follow-up to All I Want Is You.

Miguel must believe in the rule of three: the singer will release his next album as a set of three EPs, much like this year’s Art Dealer Chic. The three-song Kaleidoscope Dream: Water Preview EP is due out on July 31. Kaleidoscope Dream: Fire Preview will follow on September 11, followed by the full release on October 2.

Spin is streaming the first EP. ‘Adorn,’ which appeared in part on Art Dealer Chic, has a mellow feel evocative of 80s slow jams. In the same vein, ‘Don’t Look Back’ and ‘Use Me’ have the cloudy production of post-Weeknd R&B. Unfortunately, none of these have the charm of Miguel’s breakout ‘Sure Thing’ (below), but we’ll reserve judgment on the album for now.