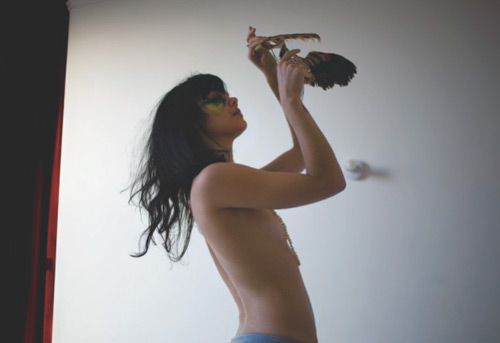 Bat for Lashes has announced a new Manchester show for this October.

The British singer, who recently returned from a period in the wilderness with a new song, ‘Laura’, and news of a new album The Haunted Man (complete with some of 2012’s most striking artwork), had already booked in a show for October 22 at Manchester Cathedral, but due to demand has now announced a second date at the same venue, on October 23. Tickets for the show can be ordered here.

You can watch the video for Bat for Lashes’ new single ‘Laura’ below, and watch a FACT TV episode with her here.