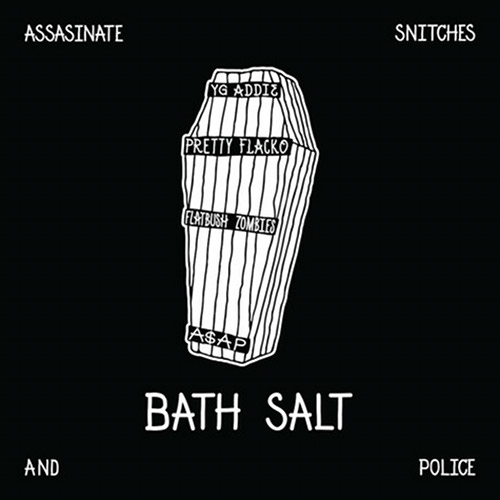 ‘Bath Salt’ is a something of a summit for buzzy rap ensembles, with exciting Brooklyn posse Flatbush Zombies (recently responsible for the D.R.U.G.S tape) joining Harlem’s prettiest in the booth. A$AP Rocky’s the big draw, but the supporting cast distinguish themselves: YG Addie and Pretty Flacko rep A$AP, with Meechy Darko and Zombie Juice stepping up for the Zombies. They’re a merry band, veering from Bride Of Chucky horrorcore to the sort of sing-song cadences you might expect from Krayzie Bone.  P On The Boards handles production, and his lachrymose instrumental proves a muggy backdrop for the youngsters’ spirited gurning.