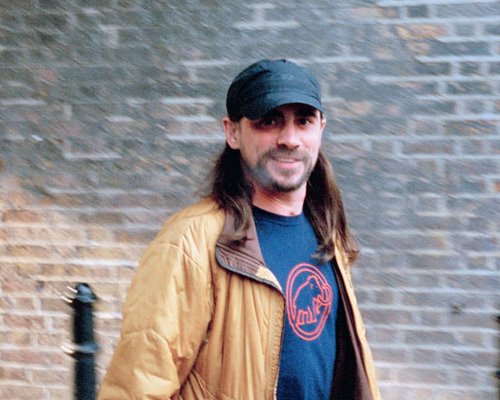 Russell Haswell will release a new 10-track album for Downwards.

One of the UK’s most reliably eardrum-wrecking musicians, Haswell has collaborated with Aphex Twin, Florian Hecker, Mika Vainio and more in his time. He’s been releasing records and pushing an exploratory, confrontational approach to live shows since the late ’90s and counts himself a firm affiliate of the Birmingham techno set (Regis, Surgeon, Female et al). In fact, it’s Regis’s Downwards who’ll be releasing the as-yet-untitled album, expected later this year [via Juno].

Before the album, Downwards will release a single with three different reinterpretations of Haswell material. Regis takes on ‘Chua Rave’, his remix based on a loop from an unreleased Regis track from the mid-’90s at Haswell’s request, while William Bennett (“a stereo head fucking, brain floss” take on ‘Harshing’) and Kevin Drumm (the “GODDAMNIT!! 1,2,3” remix of the same track) complete the single.

This marks the prolific Haswell’s first studio album since 2011’s Acid Noise Synthesis – Haswell has released albums since then, but both 2011’s In It and 2012’s Scandinavian Parts focus on his live recordings.

You can stream Haswell’s FACT mix below.