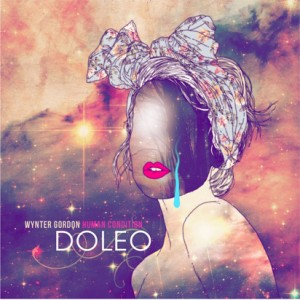 There’s been much (too much) talk of the indiefication of R&B over the past year or so: blog hype that’s been aggravatingly stupid for a litany of reasons. Primary among those, of course, is its focus on pale, enervated mope-by-numbers, tedious-deep-thoughts acts from The Weeknd to Poliça – but it’s also a conversation that has tended to miss out the actually interesting development: not indie-R&B as a genre, but R&B artists taking an independent route when it comes to their careers – and blossoming artistically. This year alone has seen several current or former major label artists – Dawn Richard, Miguel, Kalenna – make their mark with stellar self-released material, alongside up-and-comers such as Jade Alston and Nikkiya.

Former jobbing songwriter, Guetta/Flo Rida hook girl and minor commercial dance diva Wynter Gordon is the latest to use the format not to collect studio offcuts to tide fans over until her next official release but to present a coherent, confident and self-contained artistic direction to the world. Doleo is an eight-track free download and the opening shot in a planned series of four EPs, each centred around a different emotion (its title is Latin for “sadness”, though this concept seems loose at best). It was trailed by the immediately arresting ‘Stimela’: a bold, beautiful meditation on self-discovery based on South African jazz musician Hugh Masekela’s composition of the same name, where thunderous tribal drums were offset by delicate percussion and acres of space. Gordon’s voice ululated across its landscape like a woman liberated.

She returns to this aesthetic to superb effect once more on the shape-shifting ‘No Hush’, where Gordon’s pleading vocals seem to almost morph into euphoria thanks to the ring chants and mantras of the chorus and the piano line that underpins it all. But in another twist, Doleo is dominated not by electronic African-influenced R&B but by the unlikely sound of the ’90s alternative female singer-songwriter: big choruses, confessional lyrics, vocals that purr and peal and twist round on themselves. On ‘Giving In’, Gordon is a dead ringer for, of all people, Sneaker Pimps’ Kelli Ali; on ‘Waiting’ and ‘Bad Thing’ there are echoes of Tori Amos in her early, forgotten Y Kant Tori Read incarnation. It’s a deeply unfashionable aesthetic to revive – and all the more of a thrill for that, particularly given that Gordon commits so wholly to it. Of course, it helps that she’s a formidable songwriter with an instinctive knack for a dramatic hook – frequently, the choruses of Doleo seem propelled by wind machines turned up to 11 – and while the crunching electro-rock arrangements might initially take listeners aback, they’re also easy to lose oneself in: the appropriately epic crashing drums that conclude ‘Waiting’, for instance or the way in which ‘Bad Thing’s distorted guitar rumble is reminiscent of Aaliyah’s obsession with Nine Inch Nails in her final years. But mostly, it’s Gordon’s superb command over her voice and material that makes her new direction one of the most gratifying of 2012.