Chris Brown takes “no homo” shot at Frank Ocean, continues to be the absolute pits 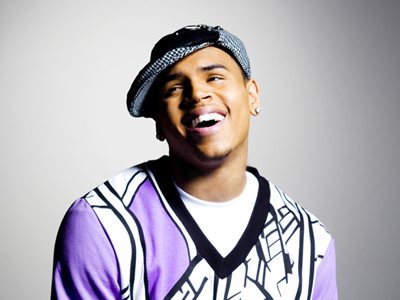 As most will know by now, in the weeks before the release of Odd Future crooner Frank Ocean’s new album, Channel Orange, he revealed in a moving Tumblr post that his first love was a male.

In doing so, he became the first high-profile hip-hop artist to “come out” in this way, and most agreed it marked a step forward for a genre traditionally littered with casual homophobia – Russell Simmons, Beyonce and many more publicly coming forward to support Ocean. For most, this was a success story.

Not Chris Brown, however. Despite a slew of chart-topping singles, the r’n’b star is still most infamous for a 2009 incident when he brutally beat up then-girlfriend Rihanna, and has been a walking PR disaster and acted like a generally bitter, unpleasant person ever since the incident. Yesterday, this continued: according to various reports, when Brown was asked his opinion of Frank Ocean by paparazzi outside a Cannes nightclub, he simply replied “man, no homo”.

Yup – world’s slowest round of applause, Chris. At a time when you’d like to think that high-profile rappers and singers might be considering a little sensitivity in the light of recent events, Brown’s in as childish, bratty form as ever – let’s not forget that this was the person who tried to get #homothug trending on Twitter over a spat with B2K’s Raz B (famous for claiming to have been molested by ex-manager Chris Stokes), whose cousins tried to confront Ocean back in 2011 after another disagreement, and who played victim and smashed a window after an interview on Good Morning America turned to the subject of the Rihanna case.

Annoyingly, Brown’s been on decent form in terms of his music: his recent collaborations with Nicki Minaj and Busta Rhymes have been fire, and latest album Fortune debuted at number one in the Billboard 200. But with every incident like this, it becomes harder to shake the fact that this is one of the most publicly unpleasant individuals in pop music today.