Listen to a track from St. Vincent and David Byrne’s collaborative album 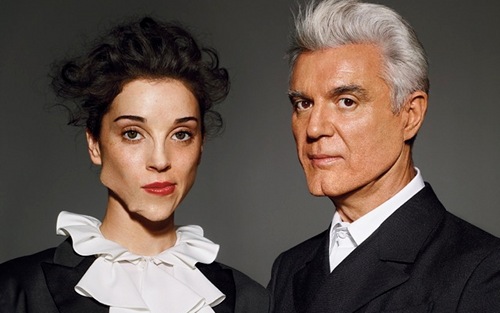 As we reported back in June, indie auteur St. Vincent has teamed up with David Byrne on a new full-length release.

Love This Giant will feature 12 tracks, 10 of which were written collaboratively by the pair. We’ve already heard the slow-mo disco bombast of ‘Who’, in which Byrne’s characteristically strained delivery goes head to head with Annie Clark’s more mellifluous tones.

‘Weekend In The Dust’, made available to stream today, is a more laid back affair, and sees Clark’s vocal fly solo. The sound palette is familiar, though: crunchy sax lines and taut scraps of guitar over a crisp, processed breakbeat. You can stream a portion of ‘Weekend In The Dust’ here. Love This Giant is set for release on September 15.