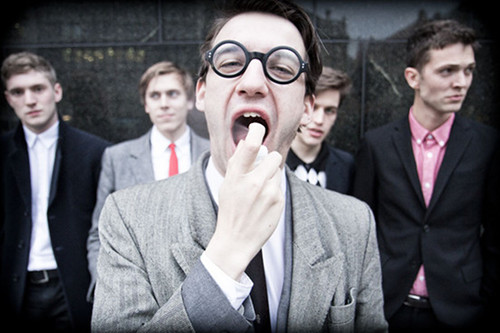 London indie five-piece Spector have announced a sizable tour of the UK.

There’s a lot of very dire London indie bands around right now, but Spector aren’t one of them. Led by the charismatic Fred Macpherson [above, front], they’ve impressed with past singles ‘What You Wanted’ and ‘Chevy Thunder’, and their debut album Enjoy It While It Lasts is due out later this month. This current tour marks the band’s biggest to date, kicking off on October 10 and taking in shows at Liverpool’s O2 Academy, Brighton’s Concorde and London’s Shepherd’s Bush Empire.

Watch the video for ‘Chevy Thunder’ below the dates [via NME].