The second instalment in Carpenter’s “Apocalypse Trilogy” of films – the first being 1982’s The Thing and the third 1995’s In the Mouth of Madness – ’87’s Prince of Darkness is generally considered one of Carpenter’s weaker flicks, though Death Waltz – the label of Rough Trade’s Spencer Hickman – refer to its soundtrack as “one of the most understated, atmospheric and downright scary soundtracks ever made”. The score has now been remastered by Howarth, a regular collaborator on many of Carpenter’s iconic soundtracks, most notably Halloween.

The Prince of Darkness soundtrack was first released on vinyl in the year of the film’s release, and was reissued on CD in 2008. This, however, marks the first vinyl edition of the album for some time, and will be released on pale blue wax [via Juno]. Death Waltz’s last release, of course, was a re-issue of Carpenter and Howarth’s soundtrack to the classic Escape from New York. 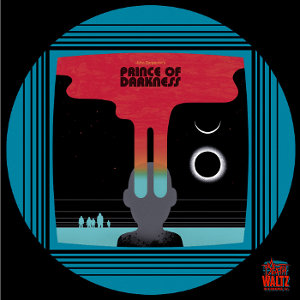 Tracklist:
A1. Team Assembly
A2. Darkness Begins
A3. A Message From The Future
A4. Hell Breaks Loose
B1. Mirror Image
B2. The Devil Awakens