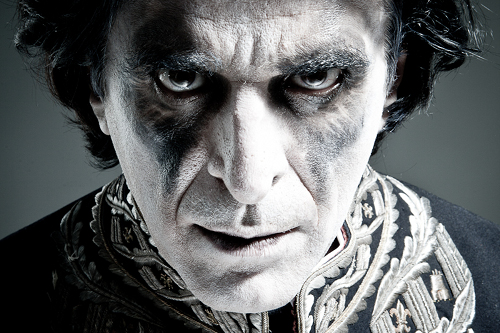 Jaz Coleman has gone missing after a dispute over the band’s tour with The Cult and The Mission, The Quietus reports.

Killing Joke pulled out of their tour with the two bands, due to start on September 10, last week. They announced the decision through a statement on their Facebook page which was thought to have been written by Coleman, although it’s since been suggested that it was written by a fan. Coleman has since gone missing, putting the likelihood of the tour going ahead in further doubt and raising concerns over the singer’s welfare. The band today posted a statement on their Facebook page, as follows:

“A statement was posted on Facebook, reputedly by our singer, maligning both The Cult and The Mission and pulling us out of the shows.

“He is now AWOL and has not contacted any of his band mates.

“We are deeply embarrassed by this and offer our sincere apologies to all involved.

“We are all concerned about our missing singer’s welfare.

“Killing Joke made a collective decision to play with The Cult and The Mission in September.

“It was agreed by all of the band that we would do these shows. Indeed, we thought that they were something to look forward to, even though they were downsized.

“We would still like to honour our commitment to this tour, the other bands, and all the Gatherers and people who have already bought tickets and made travel arrangements.

“If this proves not possible, Killing Joke will make alternative arrangements to compensate for the trouble caused.

“Meanwhile we are doing everything we can to make this tour happen and locate our missing singer.