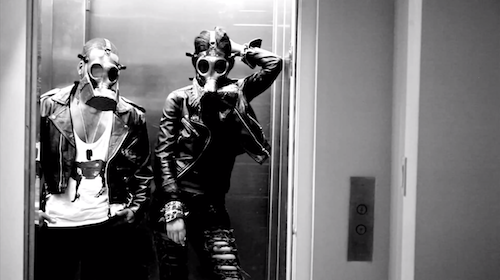 Angel Haze drops a sinister video for ‘New York,’ a standout on her Reservation mixtape.

In ‘New York,’ Haze stakes her claim on her city, but the song is also a statement about her place in the re-emergent “best female MC” debate. With Nicki Minaj partying to an EDM soundtrack in Trinidad, Haze is a refreshingly authentic voice in the scene.

The video for ‘New York’ is a creepfest dominated by snuff aesthetics, black and white visuals, and animal skull/gasmask hybrids that will surely haunt your nightmares. Until color (and reality) returns in the denouement, it’s an unnerving piece of music video art that underscores the dismissive violence of Haze’s battle-ready rhymes.