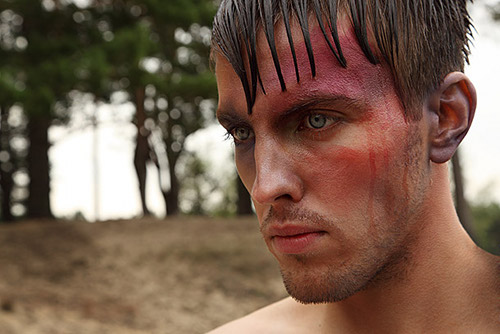 Lucy’s Stroboscopic Artefacts label has not been short on output lately.

The Berlin-based imprint seems to crank out releases at a fearsome rate; not least through their digital-only Monad series, which has seen some eleven installments since its inception in 2010.

Thankfully, though, the quality has remained consistently high, with releases from the likes of Xhin, Perc, Dadub, Kangding Ray and Lucy himself mapping out a stark and striking vision for contemporary techno.

It’s now been announced that the twelfth installment in the series will come from British producer Tommy Four Seven, whose utterly remorseless productions, previously released on Chris Liebing’s CLR label and elsewhere, should fit right in with the Stroposcopic Artefacts aesthetic.

With characteristic conceptual rigour, the press release for Monad XIII describes it as being “speckled with references to gods of water and air, Sumerian mythology and long forgotten Roman citadels”. It’s slated for release on August 23; tracklisting below.