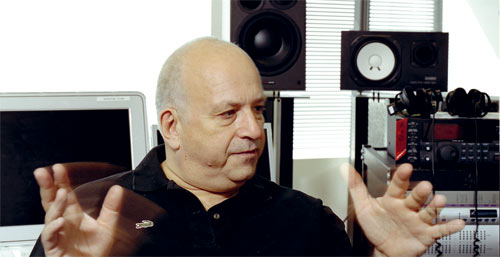 It’s been announced that Daniel Miller will receive the Pioneer Award at the second annual AIM Independent Music Awards, taking place in October.

The award, given last year to Domino Records founder Dominic Bell, is intended to recognise Miller’s work with Mute Records. Since its inception in 1978, Miller’s unwavering lust for the new has seen Mute at a forefront of numerous developments in experimental and avant-garde pop music, never seeming to lose relevance to each successive generation of musicians and listeners. Miller’s own release as The Normal, ‘Warm Leatherette’, fired the starting gun, after which signings including Depeche Mode, Erasure, Wire and Throbbing Gristle saw the label gain international renown. Latterly, Goldfrapp, Moby, Liars, The Knife and many others have found a home on the label.

After an eight year relationship with EMI, Mute regained its independent status in 2010. This past year has seen the launch of the Liberation Technologies sub-label, whose pledge to “extend [Mute’s] freedom and vision” through working with “highly distinctive and pioneering electronic musicians” looks set to ensure the label’s relevance well into the new decade.

It’s also been announced that Edwyn Collins will receive the Outstanding Contribution prize at the awards ceremony, which takes place on October 29. A full list of categories can be found here.