Lukid on the making of his new album, Lonely At The Top 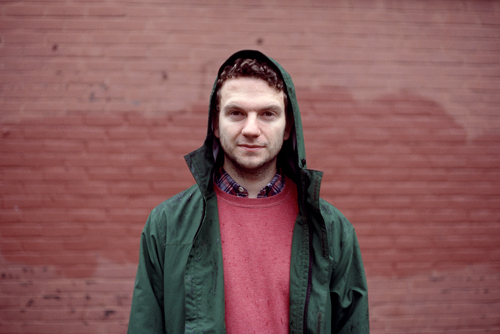 Yesterday a new album by Lukid, Lonely At The Top, was announced.

According to a press release, this is Blair’s fullest and rangiest full-length yet, offering “glimpses of his sunnier early releases on Werk, of the ecstatic and psychedelic pop he makes with Simon Lord as Arclight, of his recent brooding score for the documentary Personal Best, and of the raw anger displayed on his GLUM releases.”

Below, Blair gives us his own thoughts on the album’s genesis, and how his other projects and interests have fed into its quietly compelling sound.


“It wasn’t very glamorous. I sat at my computer every day making strange sounds for about a year and a half.” 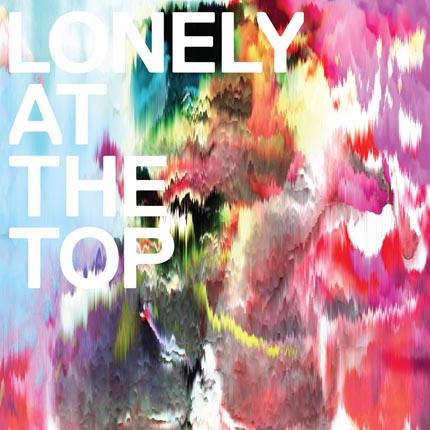 Can you tell us about the creative process behind the new album?

“It wasn’t very glamorous. I sat at my computer every day making strange sounds for about a year and a half.”

I understand the album is constructed from samples of old tapes – you’ve described tape as “having a way of making things sound sad”. Would you say nostalgia plays a part in your music? Is it animated by a sense of lack or loss?

“Only one track on the album was based around a sample from an old tape I found, but that track acted as the spark for the rest of the album in a way. I did use the tape machine on a fair few of the other songs, not for sampling but for recording elements back and forth between the tape machine and my computer and synths and whatnot.

“I’d say that there is some nostalgia in my music, and that the slightly spooky, aged feel that tape gives adds to that, but at the same time I’m very conscious that I don’t want that to be the overriding emotion. My goal really is always to create something new, so I’m a bit wary of the word nostalgia. I also think it’s very easy to record something to tape and say ‘ooh look at me this sounds old and nostalgic’, but that’s kind of a forced emotion, you know? It might sound old but that doesn’t necessarily mean it’s nostalgic. But yeah, I do love the sound that a tape player gives, I think it’s the compression as much as anything. It cooks everything together nicely into a big soup – a big sad tapey soup.”


“I wanted to make something colourful and kind of schizophrenic.”

Your GLUM releases over the past two years have at points suggested a more singles-focussed, perhaps even dancefloor-oriented approach. What made you decide to return to the album format?

“It seemed natural. I’d been making this quite gloomy techno/house/grime-inspired music that I thought worked well in the 12” format, and over the few releases I feel like we’ve built up quite a strong and well-defined aesthetic with GLUM. But then I also had a very clear vision for an album that I wanted to make, something colourful and kind of schizophrenic, something that combined all of my influences but still had a clear overriding mood.”

Do you feel like the experience of making those singles fed back into the album? Are there any tracks here intended for dancing to (however awkwardly)?

“I feel like GLUM is a good outlet for me, I can make some real rough and raw and aggro music without having to worry about it fitting on an album. I think that in a way this cleared my pipes nice and ready for Lonely At The Top. And I’m sure bit of glumness has made it on to the album. As for dancing to it, sure, why not? I mean you can dance to anything with a constant rhythm, right? I’m not gonna try though.” 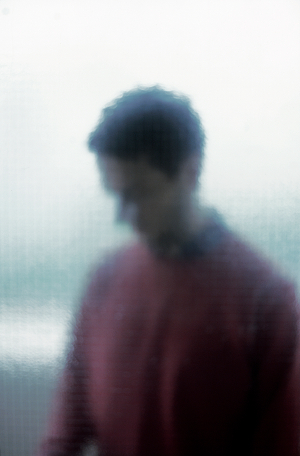 How about your recent soundtrack work? Did you have to adapt your working method hugely for that project, and has that informed this album?

“The bulk of the soundtrack was actually made after I’d finished my album, but it will no doubt inform my future projects, especially (hopefully) if I get to do more soundtrack work. The obvious difference with this kind of work as opposed to my self-indulgent Lukid work is the collaborative aspect; in this case with the sound designer and composer Gunnar Oskarsson, and with my brother Sam (who made the film) conducting the whole thing. You have to put the ego aside when it’s someone else’s project, work for the greater good. That’s a great feeling actually.

“Making music on my own can be quite brick-wall-banging-head-against sometimes, so having people to talk things through with and work on ideas with speeds things up so much, and leads to places I would never get to on my own. Also to have the film and the imagery act as the catalyst for the whole creative process, rather than having to pluck inspiration out of thin air as it sometimes feels with my own music, is amazing. I perversely enjoyed having an unavoidable deadline too. I felt like I was doing proper grown-up’s work.”


“I felt like I was doing proper grown-up’s work.”

The press release describes the album as having a “carefully constructed narrative arc” which “gives the impression of a story of catharsis and redemption.” I’m guessing this is a bit tongue in cheek, but still, in approaching the album, were you conscious of crafting an overarching narrative or structure? And do you feel your approach to the album format has changed since your first record back in 2007?

“I know it’s hard to tell with me sometimes, but that bit actually wasn’t tongue in cheek. My favourite albums, the albums that make me want to listen to them repeatedly from start to finish, are albums that to me feel like they have been very carefully put together in terms of track order and flow. I tried to put this album together like that, to the point where I made tracks to fill certain gaps. So I had five or six key tracks, and I placed them where I thought they best fit into the big picture or story of the album; then I tried to think about what needed to go in between, and made other tracks accordingly. That’s probably how everyone makes albums but it isn’t something that I’d done before. So in that way, without wanting to sound like I’m getting ideas above my station, it felt a bit like constructing a story. As for the ‘catharsis and redemption’ part, Andrew Samoyed wrote that press blurb, so that was his (very kind) take on the album.”