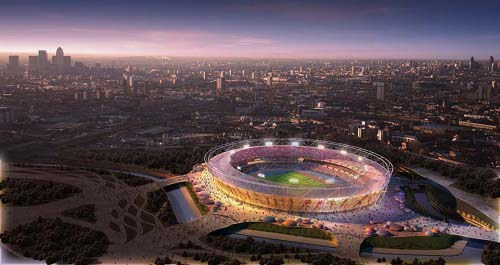 Update: Pink Floyd’s representatives have now issued a statement denying Sheeran’s claims, claiming that “the band is NOT performing at the Closing Ceremony of the London 2012 Olympic Games.”

That Olympics opening ceremony not wild enough for you? There’s still the closing one to come.

Although the close of the games is never quite as spectacular as the opening (especially given that home team Great Britain will inevitably be pretty far down the medal rankings), there’s still going to be a lot of live music – including, it seems, one particularly unlikely collaboration.

Chart scruff-ball Ed Sheeran, in an interview with Australian radio station Nova [via NME], has revealed that he’ll be collaborating with rock giants Pink Floyd for a performance of the latter’s 1975 single ‘Wish You Were Here’. Speaking of the collaboration, Sheeran explained that not all of the surviving members of Pink Floyd would be involved, but drummer Nick Mason would. Which means that either David Gilmour or Roger Waters won’t be attending.

As well as Sheeran and Floyd, we already know that The Who, Muse and Take That will perform at the closing ceremony, as, reportedly, will Madonna, giving another airing to the Nicki Minaj and M.I.A. featuring ‘Give Me All Your Luvin’ (a.k.a. that Superbowl song). It’s also been heavily rumoured that Liam Gallagher will perform ‘Wonderwall’, supposedly after older brother Noel turned down the opportunity, and that the Spice Girls will be wheeled out.

If you missed it (for shame!), you can catch up on what happened at the Olympics opening ceremony here.