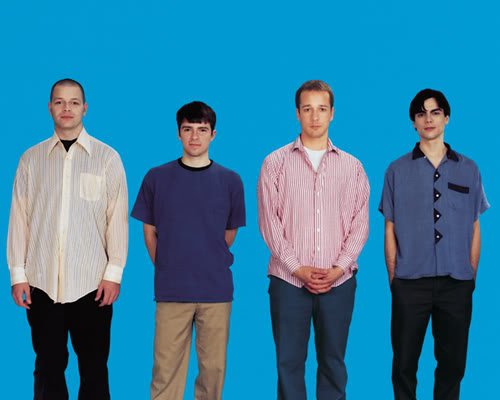 Weezer’s classic self-titled debut album (a.k.a. The Blue Album), is to be reissued on vinyl.

Some moments have come close (shout to ‘Island in the Sun’, always), but the Rivers Cuomo-fronted group have never quite recaptured the essence of their first two albums, Blue and its follow-up Pinkerton, famously panned upon release but now generally considered a classic. Released in 1994, Blue was the world’s first introduction to the group, who blended unashamedly geeky, referential surf-rock, college pop and, yes, at times, prog like few others.

Weezer’s early material has seen several CD re-releases, and a vinyl reissue in 2002. This time, it’s the turn of Universal’s Back to Black campaign, who will be releasing the album on August 13. Free download comes with the vinyl. Stream Blue‘s magnificent closer, ‘Only in Dreams’, below.