My First Gig: Matmos on the Stones circa ’81 and a “ridiculously foxy” high school covers band

Now in their 20th year of working together, Matmos have signed to Thrill Jockey and will release a new album, The Marriage Of True Minds, in 2013. Before that, there’s an EP, The Ganzfeld. Due out in October, its music is apparently based on themes of psychic research and telepathy, and features a remix by […] 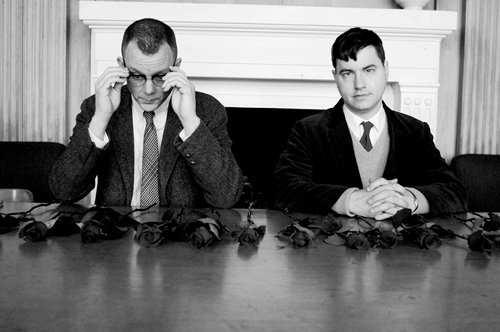 Now in their 20th year of working together, Matmos have signed to Thrill Jockey and will release a new album, The Marriage Of True Minds, in 2013.

Before that, there’s an EP, The Ganzfeld. Due out in October, its music is apparently based on themes of psychic research and telepathy, and features a remix by Bob Ostertag collaborator and former Sandwell District affiliate Rrose. It’s now four years since M.C. Schmidt and Drew Daniel’s last album, Supreme Balloon, a Terry Riley-influenced synthesizer epic that proved to be prophetic in light of the analogue revival that swept through the US underground in the years that followed; their return to public life begins on Monday, 6 August, when they play a headline show at London’s Southbank Centre as part of Antony’s Meltdown. Tickets for the show are still available here.

We asked Daniel and Schmidt to kick off a new feature series on FACT, My First Gig. You can probably grasp the premise without further explanation from us. 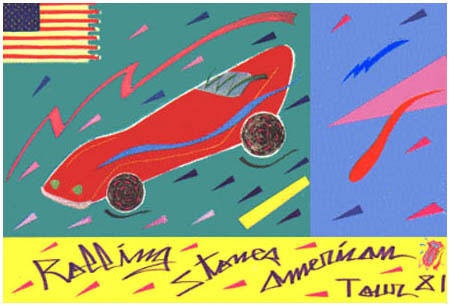 Drew Daniel: “I saw my first gig when my stepfather took me to see The Rolling Stones in Louisville, Kentucky. It was the Tattoo You tour, and that album – the #1 album in America upon its release – came out in 1981. If you assume they toured it for the next year, then that means this was probably in 1982. Which means that I was eleven or twelve years old when I tagged along that night, staring at the spooky rednecks and burnouts and suburban moms and dads in the parking lot and then trekking up to our seats in the gigantic arena, part of the same complex used for the Kentucky State Fair.

“As we sat down and the band came out, I can recall smelling an odd aroma. My stepfather, with a conspiratorial air, informed me that that was ‘probably marijuana’ – a major cash crop in Kentucky alongside the holy trinity of our state’s specialties (tobacco, bourbon, horses). That lawbreaking odour became weirdly thrilling to me as a child: these people were being so naughty, and yet nobody stopped them.


“I enjoyed the sheer social spectacle of macho Southern stoner dudes cheering on an effeminate hero.”

“I don’t honestly remember much else about the show – it went by as a big loud distant blur down there as they played the hits that I knew from listening to classic rock radio station WQMF and the Hot Rocks LP while playing with Legos or drawing pictures of robots. But I do remember Mick Jagger’s constant vamping and clowning, and I remember liking how exaggerated and theatrical he was. In one memorable moment he donned the shoulderpads of an American football player and jogged in place, then grabbed a purse and swung it around and around in an extremely camp, ultra-queeny manner, deliberately fucking with us hicks. The crowd loved it, and that really got my attention.

“Though I don’t think I cared about the music as much as I enjoyed the sheer social spectacle of macho Southern stoner dudes cheering on an effeminate hero, I have to cop to it: I’ve loved the Stones ever since. Their refusal to break up – out of greed? arrogance? senility? entitlement? – still pisses people off. I like that kind of recalcitrance.” 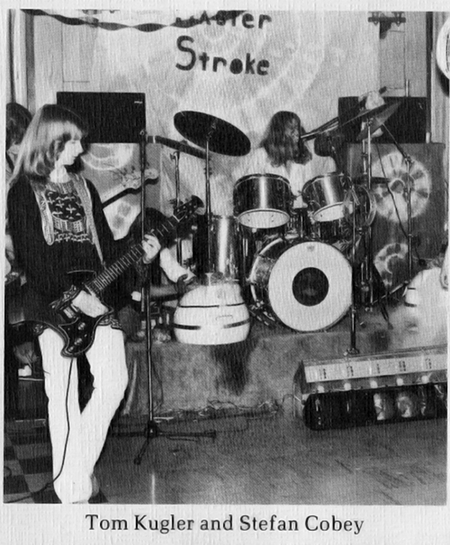 M.C. Schmidt: “What was the first gig that I saw? Perhaps it’s my age, but the question seems to have something to do with the counter-culture, and stands in for ‘when did you turn on, man?’. Would the answer include the 14 grand operas my father took me to see before I went to see Boston or Black Sabbath (or Master Stroke, pictured above)?

“Given the complete collapse of the idea of rock including an anti-war or anti-convention stance into the current state of…well, it’s just pretty plain that not everyone who loves a rock band now is anti-war or anti-establishment, so does rock now get lumped in with all other live music art forms in answering this question?

“High School Musical is scored for sort-of-rock band and electronic hip-pop conglomeration…very different to My Fair Lady, which certainly owes more to the world of the orchestra, but they are both surely uncool musicals – so would either of them count as ‘first shows’? What about Aida? Perhaps I should be thinking about what gig I chose to see myself…or perhaps I should just answer the question, and stop being a dilatory pain in the ass.


“I loved how music transformed these dudes who I had just previously known as other people in the hallway and cafeteria into magical (sex?) creatures.”

“The first ‘rock’ concert I attended was, I’m pretty sure, at Munich American High School in the multi-purpose theatre/lunch-room/hall. This was probably in 1979. The band was called Master Stroke. I would guess that they played covers but I honestly can’t remember. But I do remember the singer being the ridiculously foxy-hot – and hilariously named – Mike Hunt. I loved it, and I loved how playing music transformed these dudes who I had just previously known as other (probably hostile) people in the hallway and cafeteria into magical (sex?) creatures.

“The first ‘real’ band I saw (and chose to see) was Boston, and they were fairly disappointing. I really resented that cardboard organ.”

As told to Kiran Sande