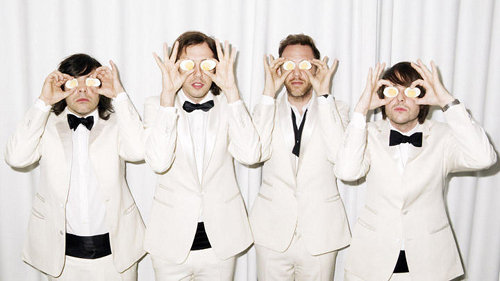 As we reported last month, Manchester’s Warehouse Project will return this year with a typically spectacular line-up.

A few additions to the series have been announced today. Foremost among them is the news that Soulwax [pictured] will be hosting one of their special Christmas events, titled Soulwaxmas, on December 13. The four-piece, who reportedly have a new album in the pipeline, will bring their much-feted live show to bear on proceedings, as well as appearing under their 2manydjs alias.

In other line-up news, Nero will be performing at the Ape Birthday party on October 13 alongside Sub Focus, David Rodigan, The Bug and more; and Feed Me and Radio 1’s Mistajam will be making an appearance at Metropolis’ 10 year celebrations on November 3.

Tickets to the Welcome To The Warehouse show on September 29, featuring Nicolas Jaar, Seth Troxler and more, sold out last week; there are, however, tickets still available for the Rinse show which kicks off proceedings on September 28. Tickets and further info on all events can be found on the Warehouse Project website.