I used to be very dismissive of 7″s. I used to think they were the puniest, the least satisfying and most readily disposable of vinyl formats. I mean, who on earth would want to spend their hard-earned on a flimsy 45? I had grown up as a fan of acid house and techno, a DJ-led […] 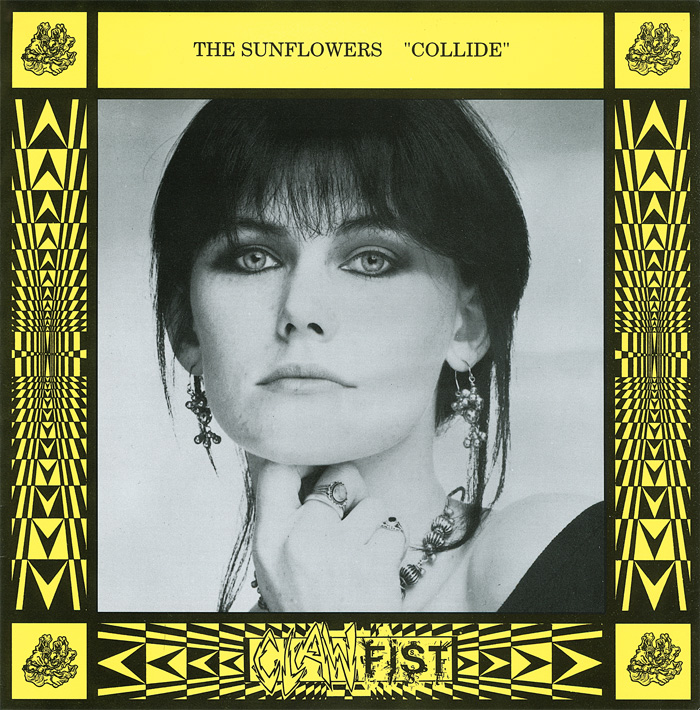 I used to be very dismissive of 7″s. I used to think they were the puniest, the least satisfying and most readily disposable of vinyl formats. I mean, who on earth would want to spend their hard-earned on a flimsy 45?

I had grown up as a fan of acid house and techno, a DJ-led world in which the 12″ was king, and the 7″ a trifling irrelevance. It was only years later tnhat my world was turned upside down, and I came to a realisation: the 7″ is beautiful, so much more beautiful than its big brother. 12″s suddenly seemed to me cumbersome, excessive; their pizza-like girth appropriate for an album, perhaps, but not for a single.

Since then I haven’t been able to shake the sense that 7″ is the purest, finest format of them all. 7″s are cheaper to manufacture and to buy, they’re more dinky and discreet; they lend that extra air of  samizdat to a record, and feel like the most appropriate vessel of expression for the outsider, the miscreant, the doer of mischief. When asked to contribute to FACT’s “lost and found” series, all I really knew was that I had to choose a 7″.

Between 1990-95, a record store in Portobello, London, called Vinyl Solution, ran a 7″ series called The Clawfist Singles Club. Most of the improbably named artists featured on these records are the kind that only grave, thirty- and fortysomething men who work in independent record shops would have known about back then, let alone now (Blood Sausage, etc), but there were also contributions from artists of note: Coil, Gallon Drunk, Thee Headcoats, Lydia Lunch, The Mekons, Bastro, Bevis Frond, Jon Spencer Blues Explosion, Stereolab and The Television Personalities, to name but a few. Needless to say, the 7″s from the Clawfist Singles Club that I picked up for £1 or £2 at a second-hand store in Oxford four or five years ago fell firmly into the former camp.

I’ve decided to highlight a split between The Sunflowers and Smashing Orange (XPIG 18, released December 1982), not because of the music per se (grungy but surprisingly elegant indie-rock, since you ask), but because of the incredible artwork and, well, because it was, I think, the first 7″ that ignited my obsession with the format. I already owned 30 or so 7″s by the time before I bought it, but until this point they’d constituted the least loved and looked after sectiI’m not here to tell you that The Sunflowers or Smashing Oranges are great bands, I’m here to tell you that 7″s are wonderful, wonderful things. That’s the extent of my ambition. So next time you’re in a second-hand record store, do yourself a favour and skip the vulturized 12″ racks; ask instead to peruse the 7″ boxes they keep safely behind the counter. Buy the one with the wildest, most fucked-up-looking artwork safe in the knowledge it will be at least as good as it looks. Unlike a book, and unlike even a 12″, a 7″ can be judged by its cover.