Elton John on Madonna: “Her tour has been a disaster and it couldn’t happen to a bigger c*nt.” 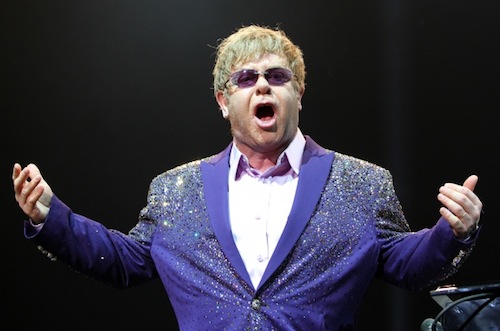 In a no-holds-barred interview, Elton John reignites a long-standing feud with Madonna.

In an interview on Australia’s Sunday Night, Sir Elton had some strong words for Madonna, saying that “her career is over.” He continued: “If Madonna had any common sense she would have made a record like Ray Of Light and stayed away from the dance stuff and just been a great pop singer and make great pop records, which she does brilliantly.” He went on to call her a “fucking fairground stripper” who has “been so horrible to Gaga” about her influence on ‘Born This Way.’

As Vulture points out, this is not the first time Elton has criticized Madonna, and his defense of Lady Gaga is personal: the popstar is godmother to his son with husband David Furnish. Still, it’s been a tough couple of months for Madge, between the regrettable Molly comments and the swastika incident. The interview gets juicy at about a minute and a half in.