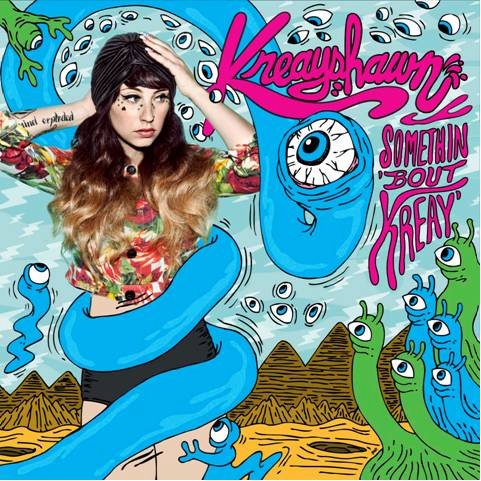 The polarizing, LA by way of the Bay rapper is readying Somethin Bout Kreay.

The cover art is as neon and drug-induced as can be expected from the ‘Gucci Gucci’ loudmouth, but Kreayshawn looks almost pensive among cycloptic slugs. The album will be released on September 18, and features Kid Cudi, 2 Chainz, Diplo, Sissy Nobby, Chippy Nonstop, and fellow White Girl Mobster V-Nasty.

Check out her recent single ‘Go Hard‘ (if you dare), or watch the video for ‘Breakfast,’ an ode to the other kind of syrup that features 2 Chainz.