Deadmau5 is “going to unplug for a wee bit” 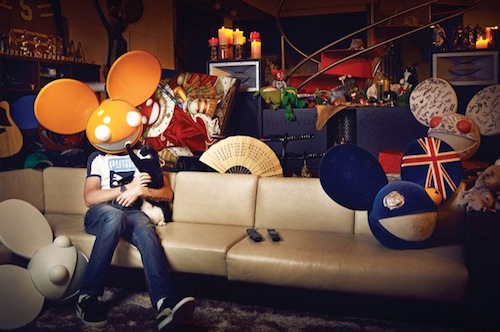 In a post on his Tumblr, the EDM posterboy says he’s basically “pretty miserable right now.”

In news that will surely delight his legions of detractors, Joel Zimmerman will hang-up the mouse head for a while. He won’t be canceling previously scheduled shows and releases, but he shares a need “to pull the fuck back and figure out whatever the fuck it is i do.” The full statement is below.

So heres whats happening. im going to unplug for a wee bit. which doesnt mean im cancelling any upcoming shows or anything, im just gunna slam on the breaks for a bit and force myself to endure some quiet time. in that time, obviously the gears will still be moving, ill still be writing, and the releases will still come out (heads up for something crazy real soon like) and yeah.
i got a lot of work to do on some stuff. so, best i just chill the fuck out a bit and just get it done, and get it done RIGHT, until im 100% satisfied with it. Then our regularily scheduled program shall continue. but yeah, im basicly pretty miserable right now and need to pull the fuck back and figure out whatever the fuck it is i do.

This sort-of-hiatus marks the latest step in a long year for Deadmau5: he’s already caused controversy with his “button pusher” comments in an interview with Rolling Stone, bickered with Madonna, and been the subject of a pretty nasty (some would say anti-Semitic)  open letter from UK dance pioneer A Guy Called Gerald.