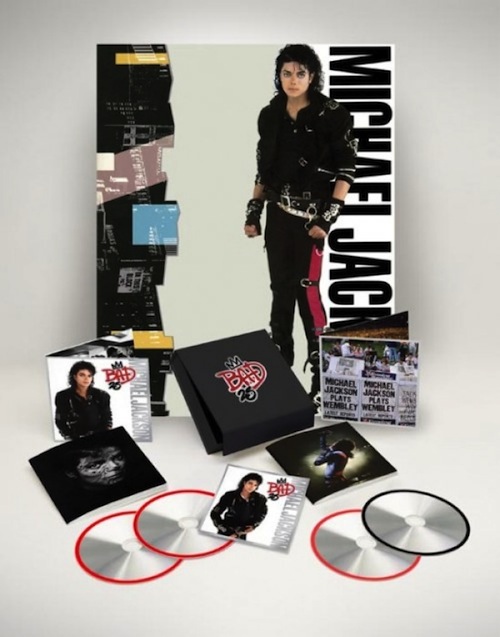 Epic/Legacy Recordings, in collaboration with the Estate of Michael Jackson, have revealed the track listing for the BAD25 box set.

While the first disc contains re-mastered versions of the original album (including bonus track ‘Leave Me Alone’), the second disc contains thirteen additional tracks, six of which are previously unreleased demo recordings. There are also three bonus tracks from the 2001 expanded edition of BAD, and the previously un-released French version of Jackson performing ‘I Just Can’t Stop Loving You.’ The disc is rounded out by unfortunate modern remixes: dubstepper Nero takes on ‘Speed Demon’ and Pitbull and Afrojack reworked the title track.

In addition to the boxset, the 25th anniversary of BAD will be celebrated with the release of Spike Lee’s previously announced documentary [via Musicweek].