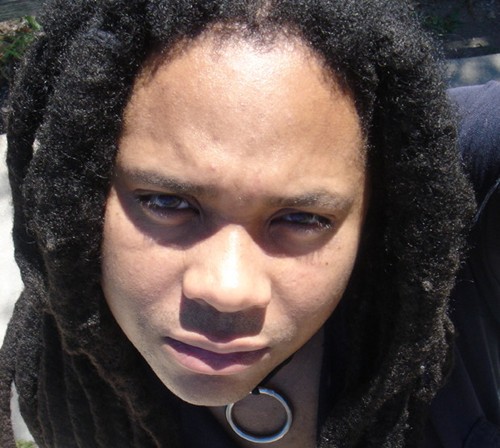 Chicago’s Jamal Moss may have been in the game since the hazy days of Ron Hardy at the Muzic Box, but he’s tended to operate on the fringes of house music.

Listening to his productions, you can see why: straddling the line between scuzzy, lo-fi abstraction and punchier dancefloor fare, Moss’ releases as Hieroglyphic Being can be ugly and subversive as well as compellingly ethereal, and his vast, labyrinthine discography can appear impenetrable to the uninitiated. Lately, though – with the recent resurgence of interest in the more idiosyncratic regions of the house music canon – Moss’s profile on the international stage has experienced something of a rejuvenation.

Good news for his London disciples, then, that Moss will be flying over to perform in October [via The Quietus]. Perhaps less inevitably, the gig will take place in the Royal Albert Hall’s Elgar Room as part of Rewired Live, a night of “experimentation and cosmic grooves” presented in association with The Wire. Support will come from Bass Clef under his Some Truths guise – expect hypnotic, exploratory modular synth jams – along with an unnamed special guest and the magazine’s own DJs.

Rewired Live will take place on October 10. Further information and tickets can be found here.