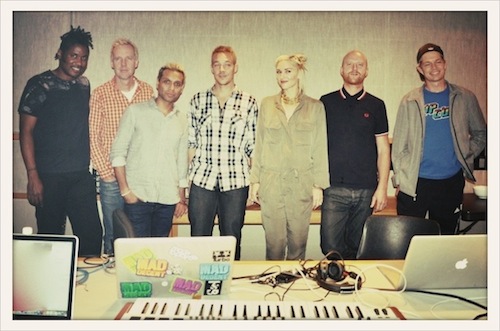 Major Lazer opts for tropical bass cacophony on their remix of ‘Settle Down.’

On the Spike Stent-produced original, No Doubt are at their glossy, ska-pop finest with just enough island flavor to satisfy longtime fans. The Major Lazer remix is considerably darker, shifting between moombahton, dubstep, and the dancehall-electro flourishes for which the production team is known. While Switch was still part of Major Lazer with Diplo when they joined No Doubt in the studio, we can’t be sure if the Dubsided producer had a hand in this track. [via CoS]