Timbaland reportedly will be involved in that posthumous Aaliyah album 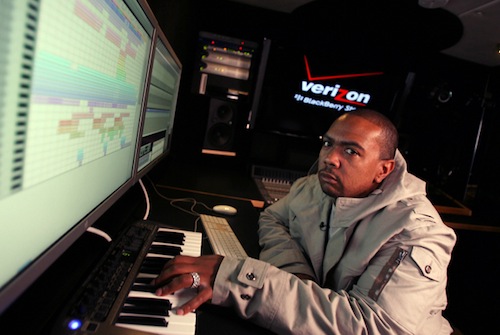 Fans of Aaliyah rejoice: Timbaland may be involved with her posthumous record, after all.

After the lukewarm response to the Noah ’40′ Shebib-produced, Drake-featuring ‘Enough Said,’ many wondered why longtime collaborators Timbaland and Missy Elliot were not involved in a new Aaliyah project.

One of the concerned parties was Timbaland himself, who said, “I know they trying to drop some Aaliyah records, but if [Drake] do it, it should be with me and Missy. The proper way for him to do that would be for me, him and Missy to be all on the record. But to put it on his record, would just not be right.”

According to MissInfo, Timbaland will indeed be producing two songs for the project, which will be released by Aaliyah’s own label, Blackground Records (which is run by her uncle Barry Hankerson). ‘Enough Said’ may be Drake’s only appearance on the album, but 40 is rumored to be producing the majority of the tracks. For a reminder of why Timbaland-Aaliyah collaborations (from when she was alive, anyway) can never be topped, check the video below.