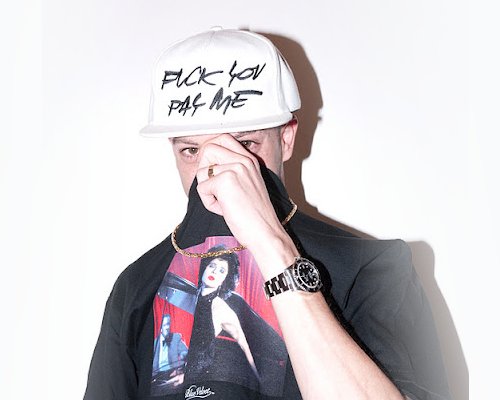 Following last year’s Dedication and Nothing releases, Zomby has been in New York gathering music for a new record on 4AD.

One of the most unique musicians produced by the UK in recent years, FACT found the news out while interviewing 4AD label boss Simon Halliday. Speaking to Joe Muggs, Halliday revealed that “Zomby’s in New York, and he’s chill. He’s happy. He’s getting some music together and it’s sounding great – really summery and smooth, kinda like that feeling Aphex would get to sometimes, that sort of Richard D. James album where it was really melodic.”

“He seems happy”, Halliday continues. “He sends stuff over, and there’s some great tracks in there, it makes me happy too. I think his last album for us was great, it showed a really great palette of musical tastes, and that he’s a great programmer in terms of actually putting a record together. He doesn’t speed records out for the sake of it, he takes his own time, he’s very thoughtful – but I think if he can do a couple more good albums, he’ll prove to be one of the great producers.”

When it comes to handling the infamously spiky producer, Halliday reveals that the secret is in “giving him his space, and giving him freedom … He seems happy to be working. He’s got very high standards, Zomby, whether art, fashion, women… very high standards. He doesn’t want to be churning out any old stuff, he wants to be the best at what he does, and there’s a lot of pressure that comes with that if you’re conscious of it – and he is conscious, he’s very aware of art, fashion, music.”

4AD has been one of the world’s most prestigious labels for decades, from their ’80s run of records by This Mortal Coil, Bauhaus, Cocteau Twins et al to recent signings Spaceghostpurrp, Ariel Pink, Gang Gang Dance and, of course, Zomby. Watch out for the full interview with Simon Halliday later today on FACT.