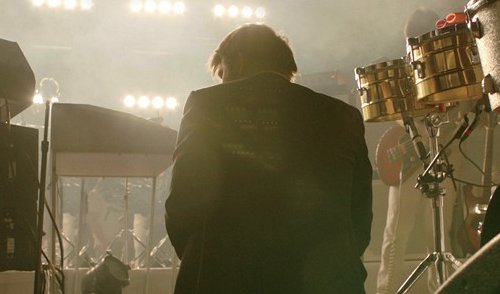 Shut Up and Play the Hits, the documentary on LCD Soundsystem’s final show, will see a DVD and Bluray release this October 9.

Both versions are available to pre-order from DFA (the label co-founded by LCD’s James Murphy) direct – in the form of a three-disc set that includes the full-length doc, and two discs that feature the entire Madison Square Garden show. There are also, as you’d expect, bonus features (details of which are under wraps).

The film, directed by Dylan Southern and Will Lovelace (the team behind 2009 Blur documentary No Distance Left to Run) premiered at the Sundance Film Festival this January, and was later distributed to a small run of North American cinemas by Oscilloscope Laboratories, the company founded by the Beastie Boys’ Adam Yauch (R.I.P.). A UK deal was later confirmed.

At this point, the DVD release is US and Canada only – a worldwide deal, we hope, will follow. You can watch the trailer for Shut Up and Play the Hits below.