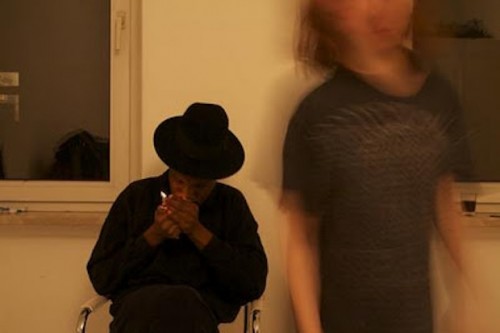 Black Is Beautiful – the fourth album proper by Dean Blunt and Inga Copeland, sometimes known as Hype Williams – was an addictively puzzling proposition, and one of the most interesting albums to surface so far this year.

Released for free shortly before the album proper, Dean Blunt’s The Narcissist II was fractionally more straightforward: a mixtape of song-like sketches and sampled interludes, touching on themes of love, lust and domestic abuse.

It’s recently become public knowledge that the mixtape will have a sequel in The Narcissist III. We’ve already heard the gorgeous ‘Flaxen’ taken from the release, sounding like an outtake from the soundtrack to a woodland-based video game circa 2000.

The Quietus now point to a new track from the record which has appeared on the duo’s Soundcloud. The diminutive ‘Palace Pavillion’ sounds like a late 18th Century orchestral score realised on cheap hardware, all prim snare rolls and tinny e-pianos.

No news as to a release date for The Narcissist III as yet. You can listen to ‘Pavillion’ below.